360° sequence WYSIWYG editing is made on a flattened sphere (i.e equirectangular projection). It gives a global vision of your sphere, without having to move around to locate spatialized elements. 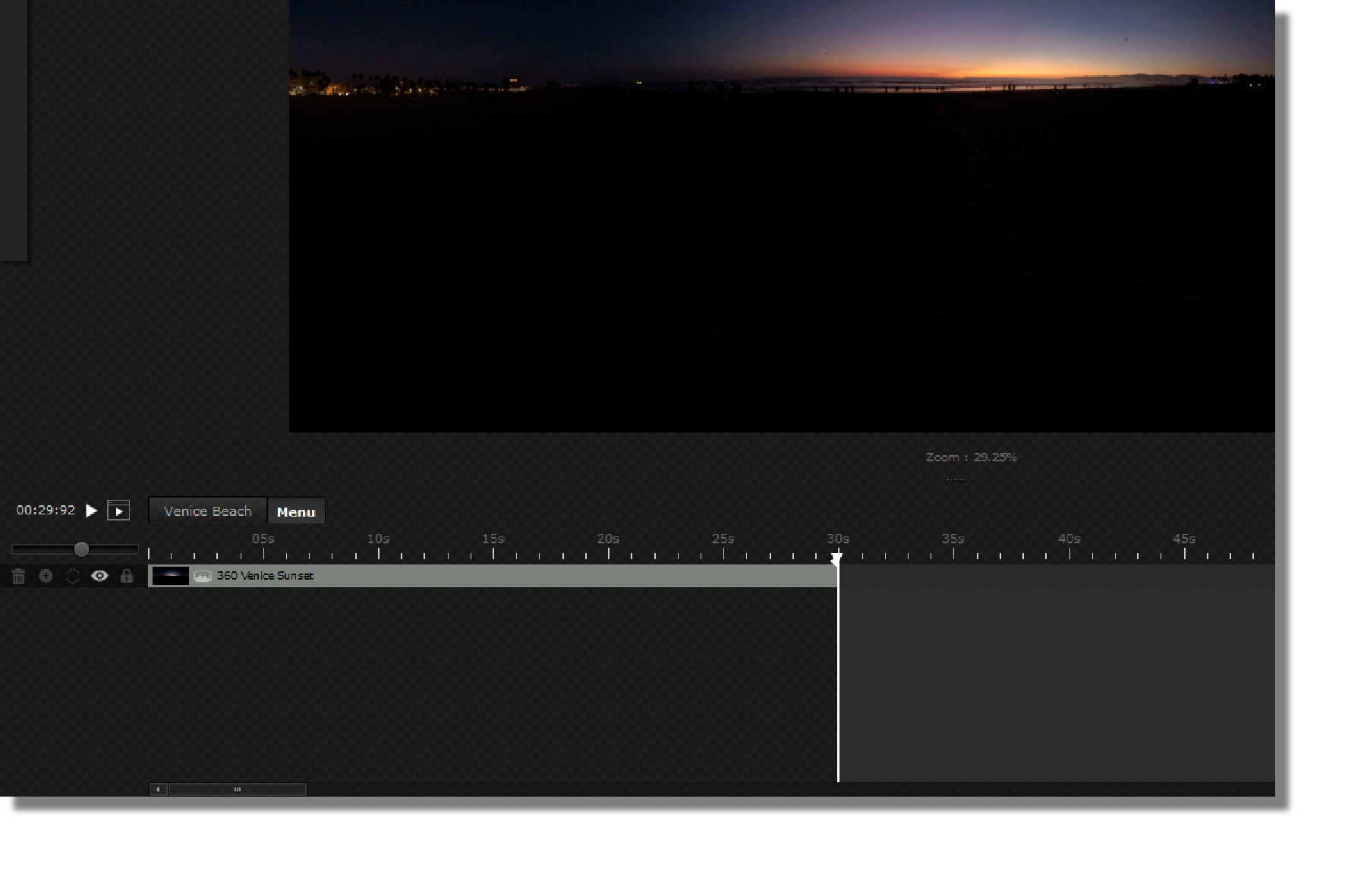 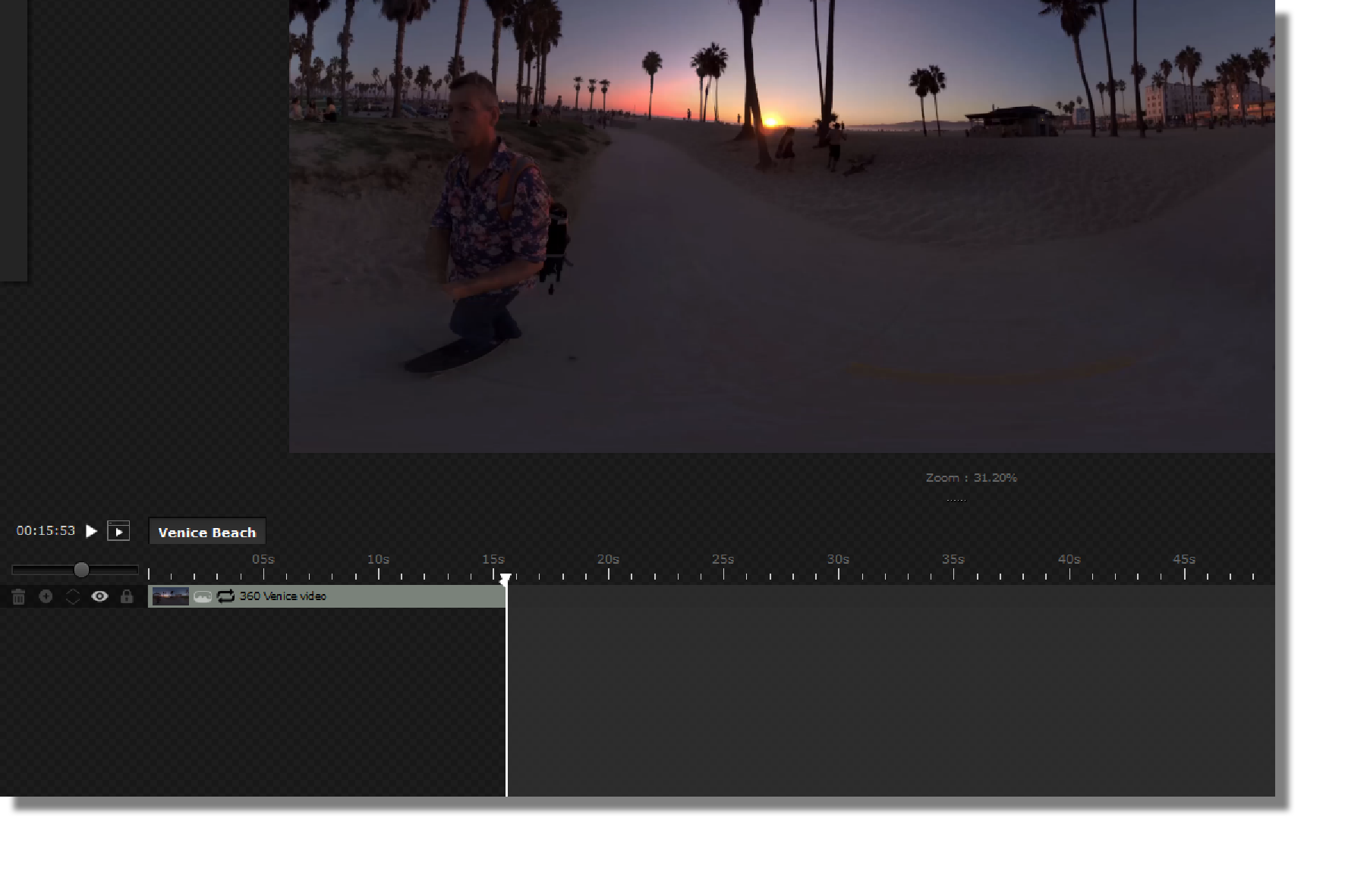