You can display a visual element in your 360° scene using two different 3D orientation modes: 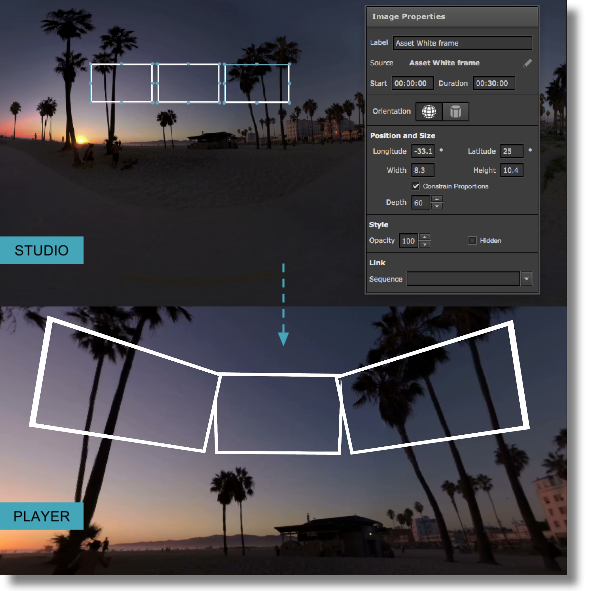 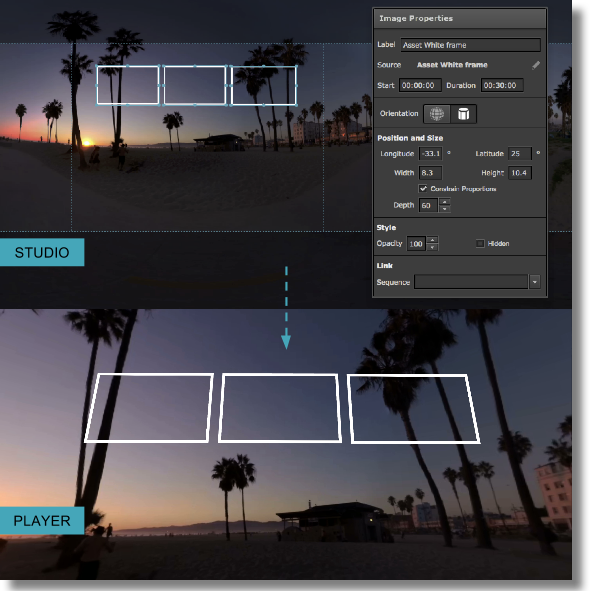 By placing several elements onto the same reference plane in the wysiwyg you will get a flat homogeneous projection on the web browser and within VR. Note that with this option enabled, every element placed outside the faces of the prism in the editor will not be displayed in the player.

If you choose to display your elements with the prism orientation, a drop-down menu will be displayed below the scene. It allows you to adjust the number of the prism lateral faces (from 3 to 12) set on the scene.

You can manually resize an element. To do so, select the element on the scene or from the timeline and a blue frame appears around the element to inform that it has been selected. There are also blue dots on each corner of it and by selecting one of the dots at a corner, you can resize an element. By default, an image keeps the ratio while resizing however you can uncheck the “Constrain Proportions” option from the image properties panel to disable this feature. 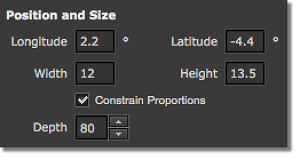 You can manually update the position and move an element by drag and dropping it with your cursor, or by using the arrows of your keyboard. You can also move several elements at a time. The position is calculated from to the center of the scene, where Latitude=0 and Longitude=0. As a result, if you move an element you might have negative values.

When moving an element on the scene, you can see that the coordinates are also modified in the properties panel. You can manually update the position and the size of the elements directly from this panel.

NB1: Keep the Shift key pressed down and click on several elements to select them all. To move them, use the arrow keys of your keyboard.

NB2: While moving elements with the arrows of your keyboard, you can raise the interval to 10px by keeping the Shift key pressed down.

As you are working within a 3D sphere, it is possible to set a depth for each element. The 20 value sets your element at the closest position and 80 is the farthest. Be careful if you have some elements with the same depth to not superimpose them, as one element may hide the other once you are previewing in the player.

NB: The Depth option doesn't modify the size image, it only allows you to order your elements and avoid cropping or unwanted overlaps if elements have similar longitude or latitude.